HIGH VISIT OF THE HEADS OF THE MOSCOW REGION — MEGA-STROY

HIGH VISIT OF THE HEADS OF THE MOSCOW REGION

HIGH VISIT OF THE HEADS OF THE MOSCOW REGION 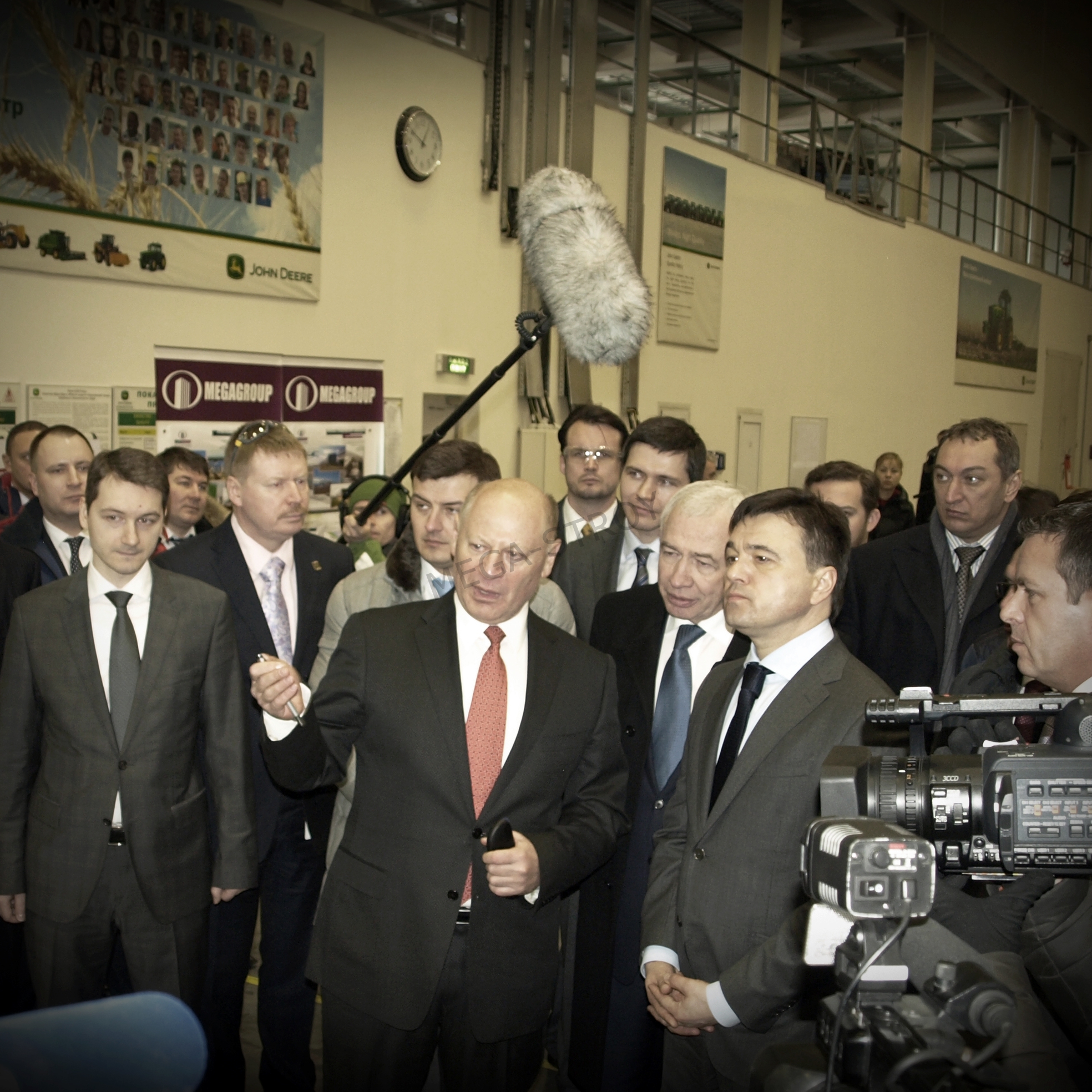 February 25, 2013, the Acting for the Governor of the Moscow region Vorobiev Andrey Yurievich visited one of the projects built by MEGA-STROY, LLC during his official visit to Domodedovo town district.

The high delegation consisting of the Acting for the Governor of the Moscow region Vorobiev Andrey Yurievich, the Head of the Administration of Domodedovo town district Gorodetsky Dmitry Igorevich, the Head of Domodedovo town district Kovalevsky Leonid Pavlovich, visited the industrial park Yuzhnye vrata and, in particular, John Deere production and distribution center.

The administration acknowledged John Deere plant as one of the most successful enterprises of the district and highlighted the following: high speed of development of the territory of Yuzhnye vrata and professional work of Radius Group team. The Heads of the region and of the distict highly evaluated qulity and culture of work processing at the projects by MEGA-STOROY, LLC.