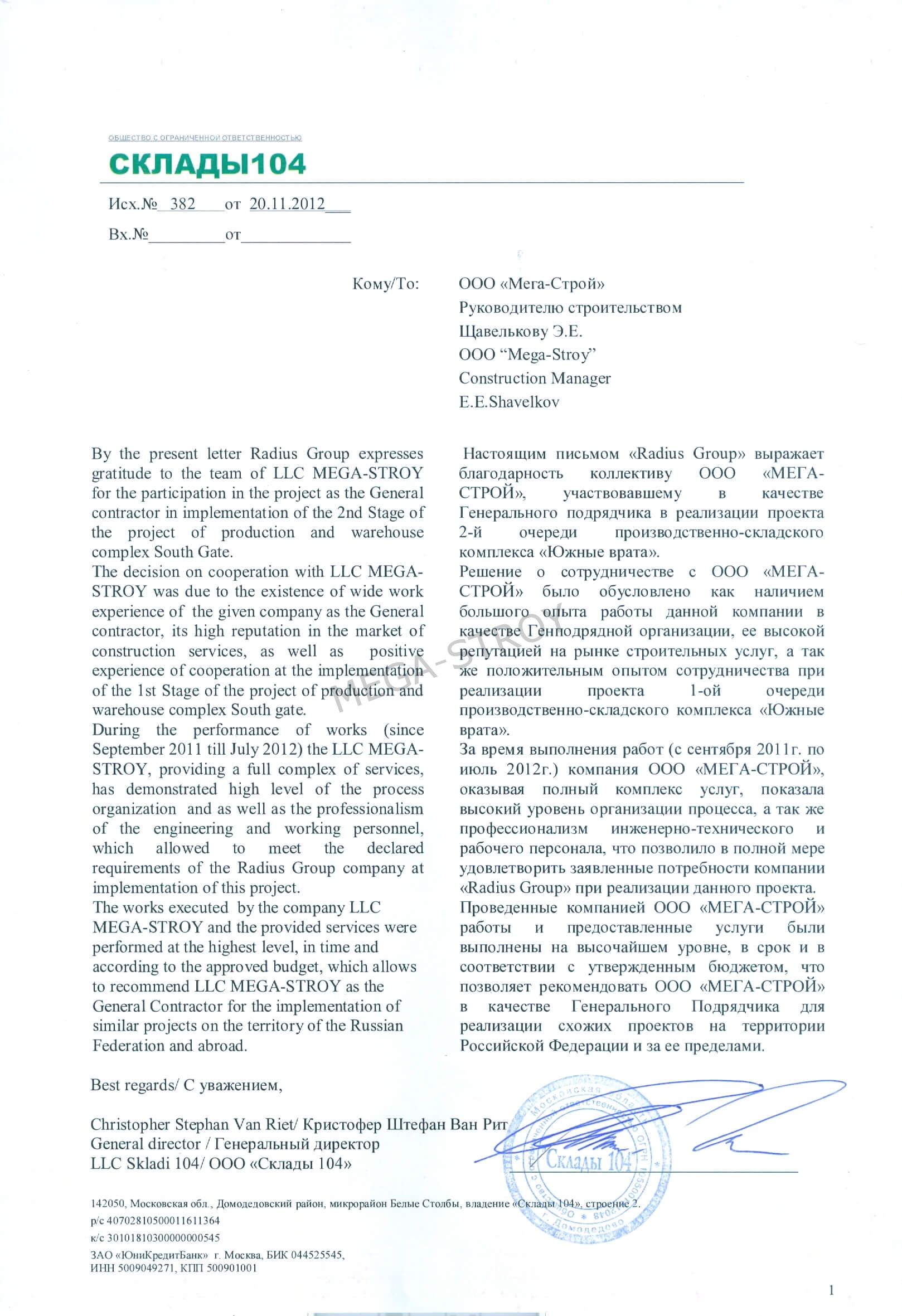 During the performance of works (since September 2011 till July 2012) the MEGA-STROY, LLC, providing a full complex of services, has demonstrated high level of the process organization and as well as the professionalism of the engineering and working personnel, which allowed to meet the declared requirements of the Radius Group company at implementation of this project. The works executed by the company MEGA-STROY, LLC and the provided services were performed at the highest level, in time and according to the approved budget, which allows to recommend MEGA-STROY, LLC as the General Contractor for the implementation of similar projects on the territory of the Russian Federation and abroad. 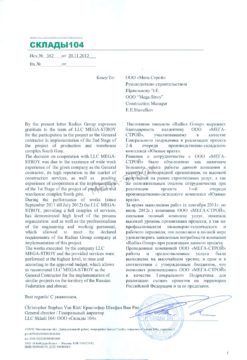 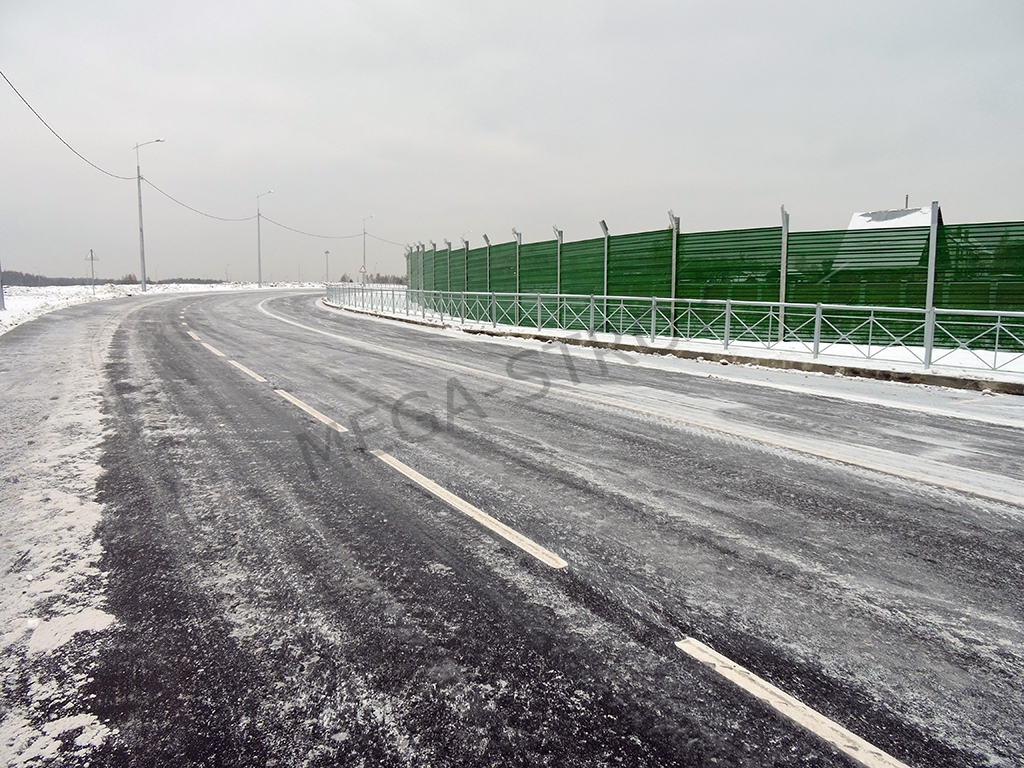 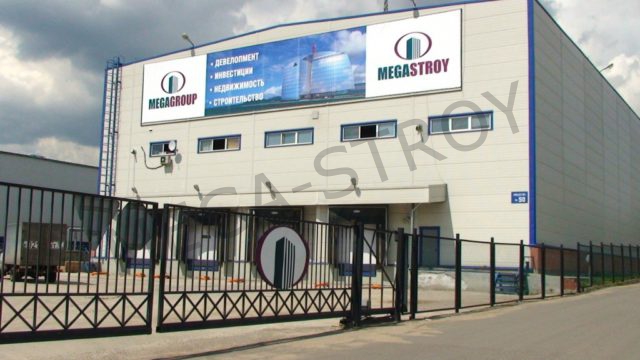 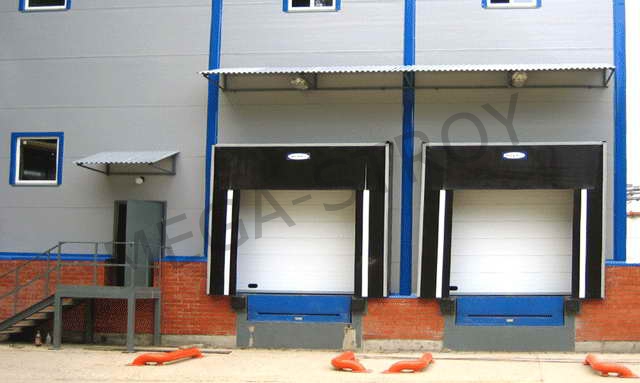 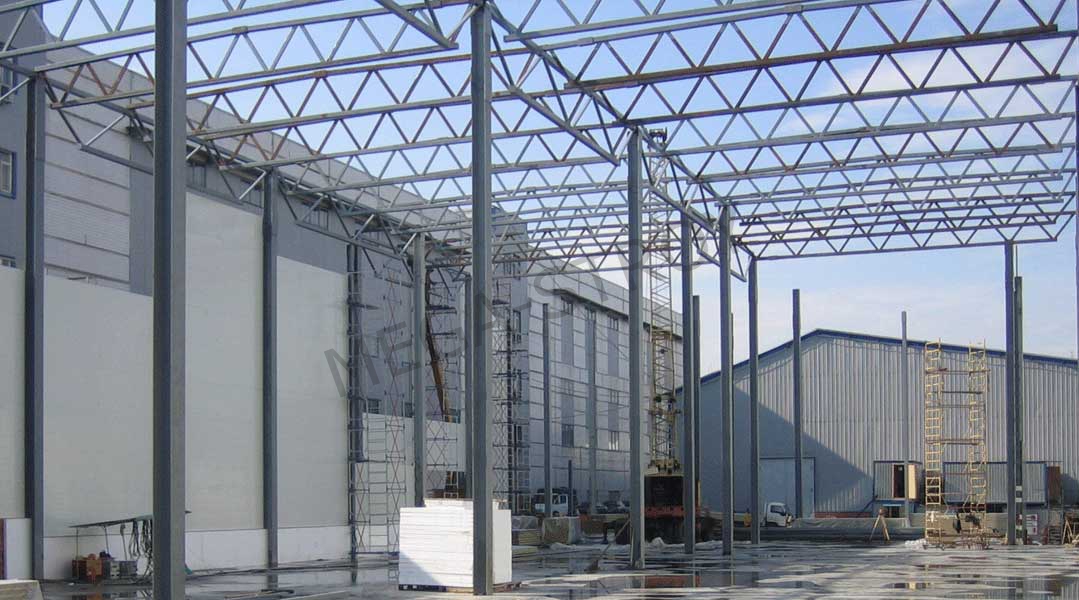