TRUCK DRIVERS TO PAY FOR USE OF FEDERAL ROAD FROM NOVEMBER 15, 2015 — MEGA-STROY

TRUCK DRIVERS TO PAY FOR USE OF FEDERAL ROAD FROM NOVEMBER 15, 2015

TRUCK DRIVERS TO PAY FOR USE OF FEDERAL ROAD FROM NOVEMBER 15, 2015 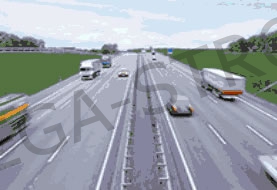 The Federation Council approved introduction of payment for harm that deliver large trucks over 12 tons to the federal roads. The law will come into force not from November 1, 2014 as it has been planned initially, but from November 15, 2015. The senators fail to duly arrange normal functioning of the payment processing.

FL No. 257 allows to large trucks access to the federal roads only after payment for reimbursement of harm caused by the trucks to the road clothes. According to the law, 1 km is estimated in 3.5 RUR. For normal operation of the payment system every truck must be equipped with GPS/GLONASS tracking device. For non-payment of the transport tax, there is punishment in the amount from 5000 to 1 million Rubles.