ROADS OF THE MOSCOW REGION – KEEP ON WORKING — MEGA-STROY

ROADS OF THE MOSCOW REGION – KEEP ON WORKING

ROADS OF THE MOSCOW REGION – KEEP ON WORKING 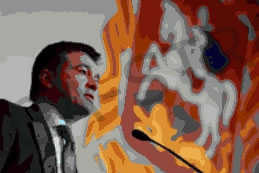 To solve the problem of eternal traffic jams between 15 towns of the Moscow region the chord roads will be built, so-called anti magnets of MKAD. This shall reduce and order transport traffic on the main roads.

By 2020, they want to build 1 611 km of new transport ways and 1 697 km shall be modernized in the Moscow region. They bet on highways where vehicles can gain speed up to 140 km/h. East, south-east, south and south-west – these are the main directions where active construction activity has already started. Also the administration plans to introduce speed trams and mini-metro lines in the transport network, 200 km of road tracks shall become paid.

The biggest project – construction of TsKAD – has started to majority’s joy. By 2018 the roaders plan to finish 4 out of 5 parts of a new circle road, and that is 339 km approximately. Total length of the circle will be almost 530 km. the road is arranged 50 km from MKAD. The end of construction is scheduled on 2025. Total investments are around 300-350 billion Rubles. Over 100 billion Rubles have already been invested.

Today the impact of the world’s politic games jeopardizes the prospects of many large projects and constructions. There is information that recently revived BAM and Trassib constructions will be frozen. However, the experts are more optimistic about successful completion of TsKAD. The project is divided in many programs and every of them has autonomous financing source. This minimizes the risks of non-fulfillment of the task. The roads of the Moscow region to be!