WAREHOSUE MARKET IN THE MOSCOW REGION IN 2015 — MEGA-STROY

WAREHOSUE MARKET IN THE MOSCOW REGION IN 2015

WAREHOSUE MARKET IN THE MOSCOW REGION IN 2015 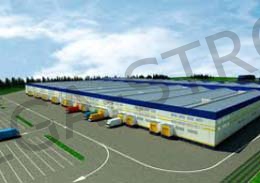 According to S.A. Ricci, 2014 distinguished with high speed of construction and large areas of commissioning in Russia against the background of negative dynamics of macroeconomic factors.

Total number of warehouse areas that were commissioned last year has been 1 400 000 square meters. And that exceeds indicators of 2013 in two times when only 680 000 square meters has been developed. Demand for warehouse in Moscow and the Moscow region skyrocketed for the last two years due to numerous large-scale constructions. The capital’s territory and its regions are developed and built actively. Today number of warehouse areas commissioned in the Moscow region and belonging to A-class is over 7 millions of square meters, in B-class this figure is over 6 millions square meters. The vast majority of these areas is steadily functioning; vacant areas are only 7% in 2014. Developers are guided by the forecasts statin that in 2015 there will be 1-1.2 million square meters of modern areas for storage and transportation more in the Moscow region.

Warehouses that were built under built-to-suit scheme remained in top priority all previous year. And they will be same popular in this year. Construction algorithms are developed quite precisely and are well-mastered by all participants of construction processing in Russia.

In general, the prospects of warehouse market in 2015 remain positive despite difficulties due to unstable situation of the national currency and situation of the world economy that is hard to foresee.