LOAN OF THE CONSTRUCTION MARKET: PROSPECTS AND EXPECTATIONS — MEGA-STROY

LOAN OF THE CONSTRUCTION MARKET: PROSPECTS AND EXPECTATIONS

LOAN OF THE CONSTRUCTION MARKET: PROSPECTS AND EXPECTATIONS 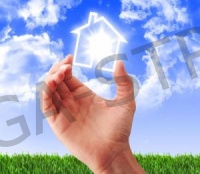 Russian banks reduced speed and opportunity to get a loan. All domestic market player notice it. Today only big companies that can count on their own facilities have certain advantages.

Analysts forecast sad prospects to loaning builders. General unstable economic situation gives grounds for reduction of real estate prices. At least this tendency is noted in the reports of specialists. It is not bad for consumers, but loaning in such conditions is becoming a risky business and bank are well aware about that.

Issue of new loans is almost stopped. Developers complain that banks are difficult to talk to. And the loaners that have already been credited find that banks do not want to discuss any refinancing of the earlier amounts. The increased rate of the Central Bank (17.5% instead of 10%) made loans very expensive. Today it is not clear who suffers more: developers failing to shift new projects or builders who are stuck in skyrocketing payments under the current debts. Both issues were to solve faster at the previous speed and loan rates.

However banks are ready to give large amounts but only is there are one or several following advantages:

Besides, when considering loan issue banks study loan portfolios of their clients carefully, especially they are interested in cost of assets of potential loaners.

Optimistic experts believe that that there is a potential for growth of the Russian construction industry, and it is quite big. If only, as usually, there are no more corruption and bureaucratic pitfalls than the road to the light future is able to accommodate.