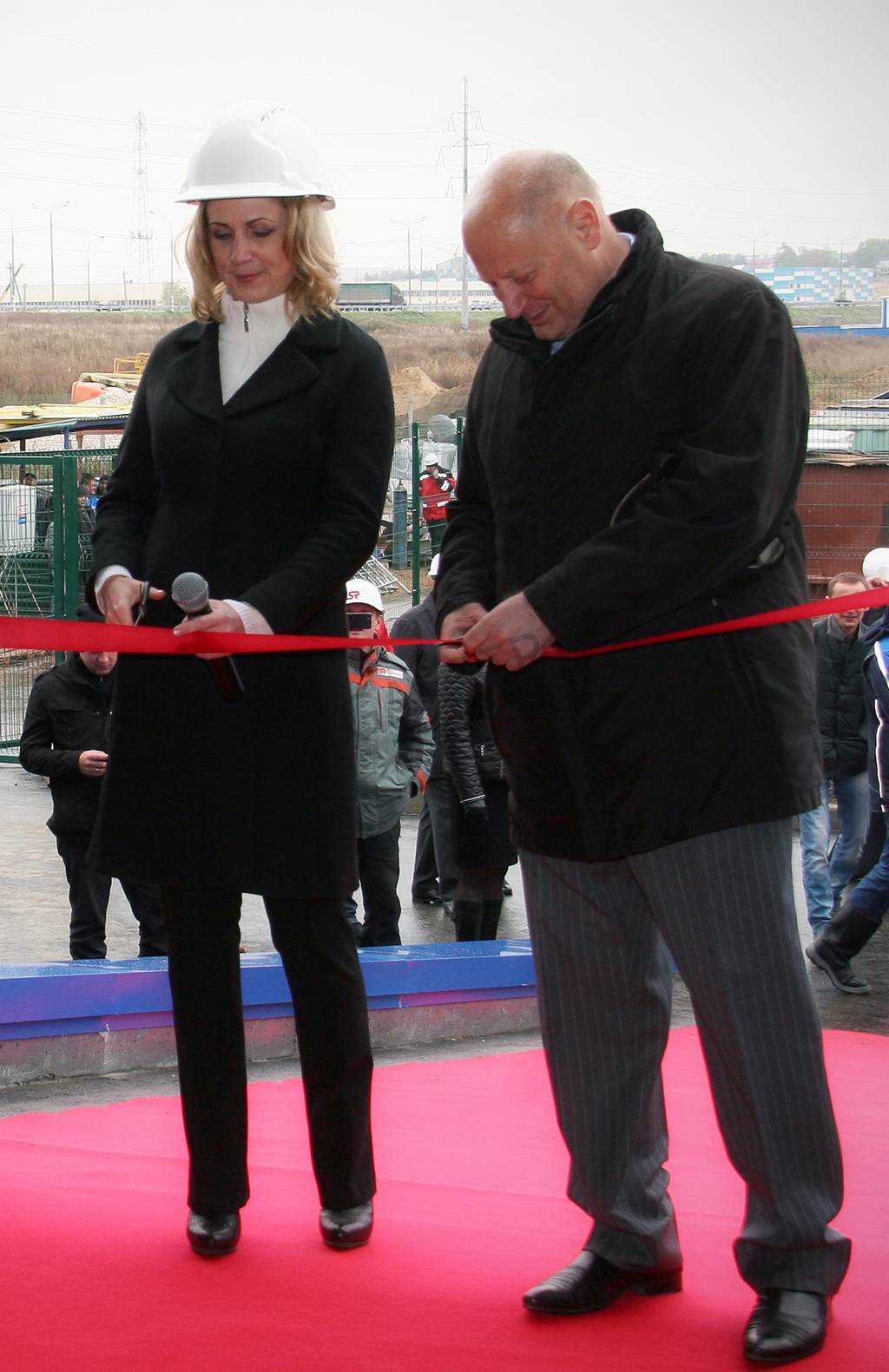 October 15, 2015. The ceremonial launch of the autonomous gas boiler station No. 2 took place in Yuzhny microdistrict of Domodedovo town district.

Among the honorable guests attending this event were: the head of the Administration of Domodedovo town district, representative of development and construction companies of Bolshoye Domodedovo project.

Traditionally Dmitry Igorevich Gorodetsky, head of the Administration of Domodedovo town district, cut the red ribbon and launched the new boiler station. Head of MEGA-STROY and Coalco Development cut the ribbon together with him.

Olga Vladimirovna Dmitriyeva, Director General, Coalco Development, expressed a special gratitude to Vinnikov Yury Anatolievich, Director General, MEGA-STROY: “We would like to congratulate all partners who participated in construction of this socially significant project directly, and, first of all, the General Contractor who completed all construction works of this boiler house within the short period – only 4 months”.